Baroness Benjamin of Beckenham brings her smile to Brighton Summit << Back

Like a legendary headliner at a music festival, Floella Benjamin burst on to the stage at Brighton Summit to energise an audience who had already heard from so many fascinating and inspirational speakers during the build up to her closing set.

The crowd or at least the older members were immediately taken back to their childhoods as Baroness Benjamin addressed us as her “Play School Babies” and began a tale which swept us from Trinidad via Beckenham and the BBC to the House of Lords, the Queen and Barack Obama.

If we could have sat cross-legged and closed our reading books, then I am sure we would have, as Floella set her former Play School companion Humpty down to watch, as she began.

We were taken through the round window and straight into her days presenting Play School, which was shown during children’s hour on the BBC from the 60s into the late 80s. She recounted how much she learned from making 5 shows a week with “40 minutes to make a 25 minute programme” with no autocue and very little time for rehearsal. Whenever she was lost for words for a moment, she turned to her egg-shaped friend and asked “So Humpty, what’s happening next?” This gave her precious moments to think.

Love and childhood were the big themes of her talk as Floella has dedicated her TV and later political life to looking after children and trying to make life better for them. She spoke of how she wanted kids watching her on Play School to feel that she loved them, even if they had difficult circumstances at home. She also wanted to show people of colour and their children a familiar face as a black presenter, who was very much in the minority on TV in the 1970s.

She recalled speaking at an event in Hull to celebrate its tenure as the City of Culture. Afterwards, a 48 year old woman came and told her how she had felt loved by Floella during her childhood, which had been marred by sexual abuse and that this love had stayed with her all her life. She was so overcome with emotion at meeting her idol, she fainted.

“Childhood lasts a lifetime” was the message that Baroness Benjamin wanted to leave with the rapt audience. Her entreaty was for us to look after and invest in children and to be their “guardian angels.” From 1983, she reminded us, she had campaigned for there to be a Minister for Children, only realising this aim when Tony Blair’s government created the position in 2003. She continues to advocate for children today and is supporting new rules to limit under-age access to online pornography.

“A philosopher and adventurer” was Floella’s romantic description of her father who brought her and her 5 siblings up in Trinidad in the 1950s. She described her mother as someone who “poured love and confidence and cod liver oil” into her daughter.

During a happy, early childhood, Floella recounted how she was extremely proud to be part of the British Empire and sang “Rule Britannia” and “God Save the Queen” with passion. However, there was a darker side where slavery and the origins of African people in the Caribbean was never discussed or taught at school.

Her family’s love for Great Britain unfortunately led to a temporary break up, as her father was drawn to move to London and took her mother and the younger children along. Floella and 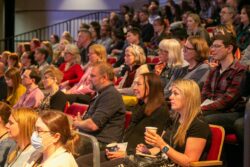 the older children were left behind in the care of foster parents who treated them very badly with her brothers having to sleep under the bed and fight for scraps of food.

Mercifully, this was a relatively brief period, as 15 months later, the family was reunited in Chiswick when they arrived in England on 2nd September, 1960. Her mother’s love enveloped her again, as she wrapped her up in a blue M and S cardigan with yellow flowers on it, at Southampton docks.

From this start as a Windrush immigrant, Floella was delighted to tell us how she had 62 years later helped to bring about the National Windrush Monument, as Chairwoman of the Windrush Commemoration Committee.

Her introduction to British life in the 60s was not a happy one. They were living 8 to a single room, cooking on the landing with an outside toilet. At school, she was bullied for being black and told to go back where she came from. Having never encountered racism before, she didn’t understand the nasty words being shouted at her at school, so her mum had to sit the family down and explain what they meant. There were a number of terrible incidents, even to the point of a man trying to pee on her from a train, because her skin was black. Having espoused love throughout her speech, Floella revealed she had taken to fighting her oppressors as a young girl. However, she had a moment of revelation when being abused during a food shopping trip. A voice spoke to her and she realised that she should stop fighting and just be herself. At that point she adopted a smile as her armour and resolved to fight “with her brain” instead.

Returning to her Play School days she said she had fought for representation in the stories she read out in every programme. The children depicted in the story books were always white, so she persuaded the producers to let her read stories featuring children from every race, so the audience at home could see people who looked like them and no one was left out.

She had a brief foray into musicals and film starring in Hair and then appearing at the Cannes film festival with the movie “Black Joy”. She had a strict rule that she wouldn’t take off her clothes, despite being offered a centrefold in Playboy magazine. 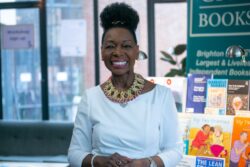 Skipping ahead, she met Barack Obama in her political life and gave him a big hug thanking him for inspiring black kids in America to believe “Yes, You Can!” Obama promised “I’ll try my best ma’am,” when Floella asked him to continue the good work for children.

Hugs were also given out liberally to every graduate of Exeter University in the period when Ms Benjamin was their Chancellor. Encouraging words like “change the world” and “make a difference” were whispered to successful students.

Gossiping with the Queen herself was a huge step from singing the national anthem back in Trinidad for Baroness Benjamin, but Elizabeth II confided that she reminded her of Nelson Mandela, because they were both trying to make the world better.

Taking the title Baroness Benjamin of Beckenham was a nod to her mother, who sadly didn’t live to see her daughter honoured. When this happened in 2010, she visited her parents, who are both buried in Beckenham graveyard and told them the news that she had joined David Bowie as one of the most famous people from the Kent suburb.

Bringing her speech to an end, Floella shared with us her 4 C’s.

Contentment meaning happiness and no jealousy or regrets.

Confidence meaning giving love unconditionally, inspiring others and loving yourself.

Courage meaning truth, justice, equality and standing up for people.

As fitting for the headliner of our festival of inspiration and knowledge sharing, Floella capped off her tour de force performance with a song, closing the Summit with “Smile” written by Charlie Chaplin.

There wasn’t a frown or dry eye to be found in the audience. 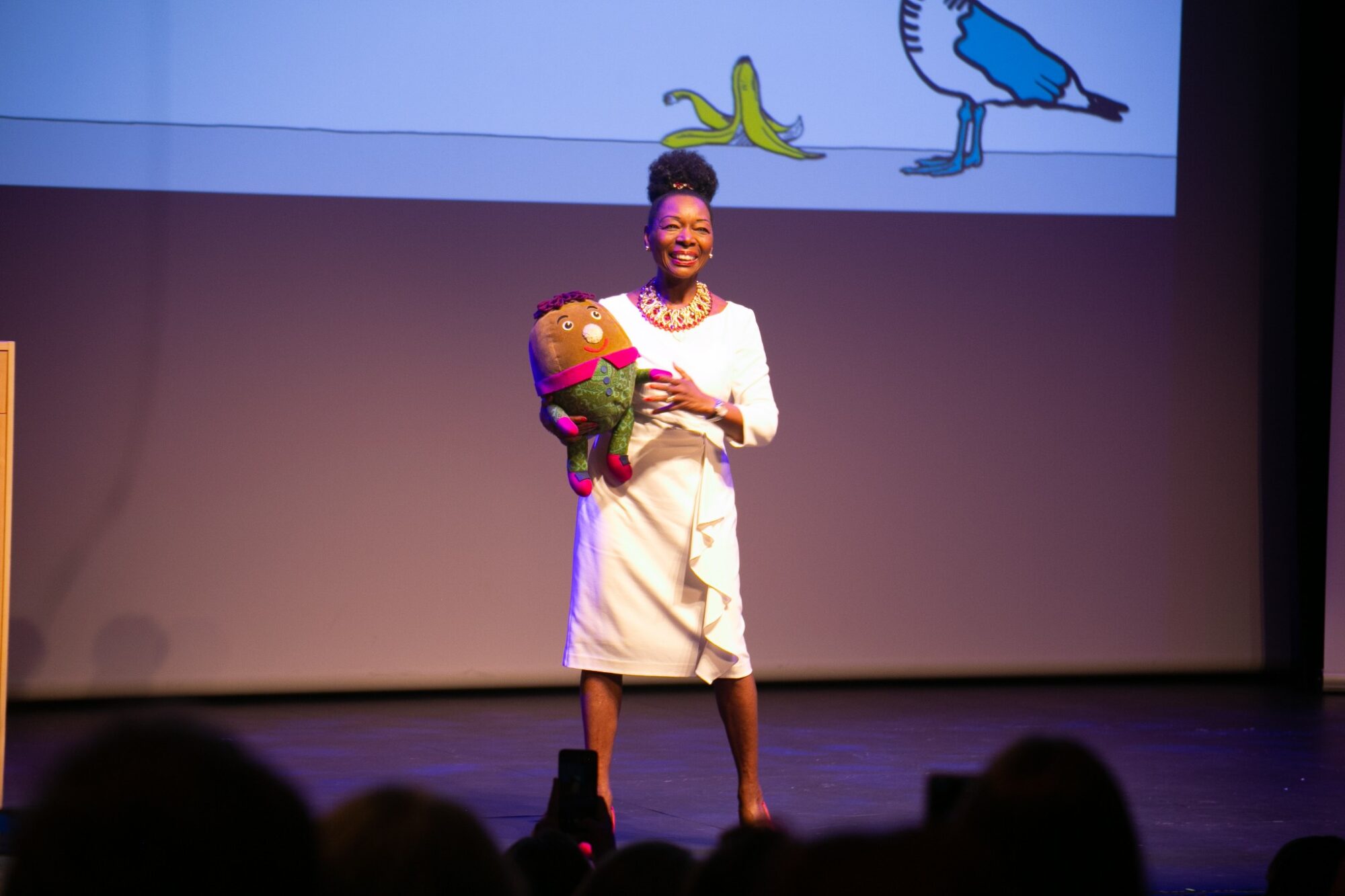