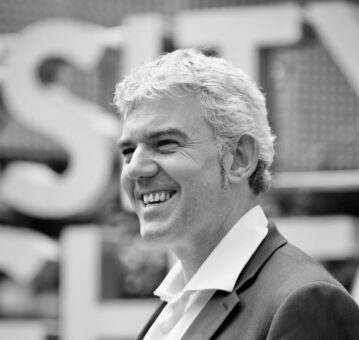 David Greenfield is a Circular Economy specialist, Managing Director at SOENECS and Tech-Takeback, Advisor/NED to Biohm, AMD, Freegle, CIWME and ICE. He is also Vice President of CEI and CECBest.

Tech-Takeback is a not-for-profit which started in 2016 as a small pop-up event in a Brighton café. In 2020, Tech-Takeback Ltd was formed and, in partnership with the ZeroNet app, launched RevaluElectricals.

Supported by Brighton & Hove City Council and the Recycle Your Electricals campaign, RevaluElectricals collects and refurbishes small electricals from households across the city. Since its inception 28 tonnes of electricals has been diverted from landfill resulting in 1,185 tonnes of CO2 emissions avoided and 4,000 items redistributed to charities.

In September 2021, David was appointed as visiting Professor of Circular Economy at the University of Brighton to lecture and work with academics to incorporate circular economy into the curriculum.